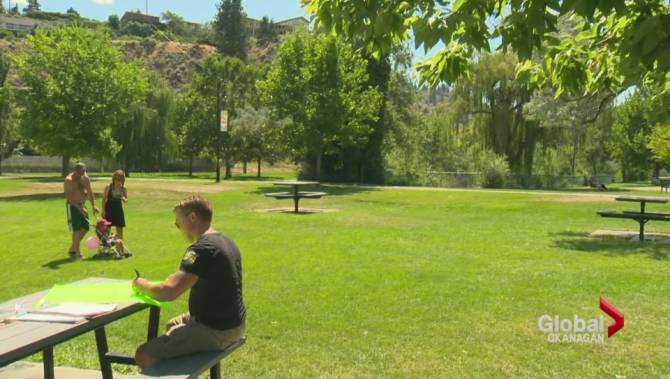 PENTICTON — Penticton council gave the go-ahead for developers to expand a marina and build a new water slide park last month, but there’s still choppy waters ahead. An hour before Monday’s council meeting, a large crowd is expected to gather outside of Penticton City Hall.

Clifford Martin is one of the residents voicing their opposition against the project.

He doesn’t want green space to be turned into private enterprise, so he would like to see the issue to go a vote.

He says the plan is moving ahead and points out it isn’t the first time the city has leased public space to a business. Loco Landing is one example of a business on a public park.

Jakubeit says more tourism is needed on the south end of the city and believes developer Trio Marine Group will help rejuvenate it.

“They’re putting a $4 million investment into improving the park experience, something the City of Penticton cannot do alone,” says Jakubeit.

There was strong opposition against the proposal in June’s public hearing.

But supporters such as Tracy Dodd say many of them have been voicing their support through emails.

For Monday’s rally, however, they will be holding up rally signs of their own so council members will know they have support.

“There’s so many more people who are mobilized now because they see how much the against people are speaking out and they want to show their support,” says Dodd. “I think the water slides can bring nothing but good to the city: bring more people, bring more business and it’d be so much fun for the kids.”

Even though the Skaha Lake marina and water slides park aren’t on council’s agenda, people in support and against the proposal will be making a strong presence at City Hall.