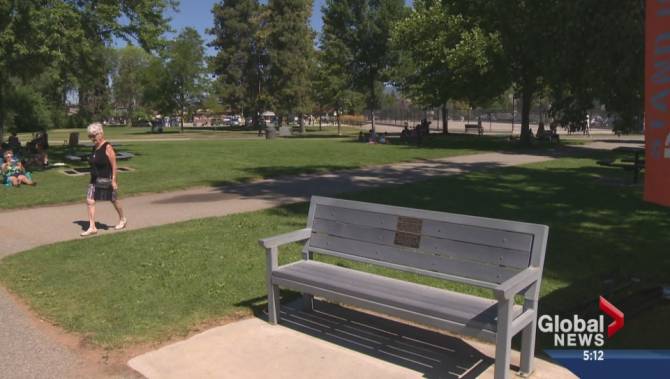 PENTICTON — A contentious development project in Penticton has been making waves this past month. At the heart of the issue, some residents are upset that publicly-owned park land will be leased to a private business.

Tom Dyas, a principal of developer Trio Marine Group, says there’s been some hostility towards the project because of misinformation, so he wants to dispel the myths.

Beginning with the popular Splashpad, Dyas says it will be enhanced and relocated to a different section of the park. The City of Penticton has yet to determine the location.

In response to some outrage regarding how the water slides will be built on park land, Dyas believes the area in question is hardly used.

“This green space isn’t used a lot because if you sit here, you’re not looking at water or beach, you’re looking at a bunch of vehicles with trailers on them,” says Dyas.

He says the water park will be built on less than 10 per cent of the green space of Skaha Lake park.

The developer will also be adding some green space closer to the shore with a waterfront view that will be accessible to everyone.

Trio Marine Group has never built a water park before. To address its inexperience, Dyas says it has joined the World Waterpark Association and is receiving help.

“It’s a fabulous organization which assists us in making sure that we have the right consultants to allow us to design a park that is fitting for this area, and also very economically friendly,” he says.

“We think this is a good opportunity for waterfront enhancement and re-establishing Penticton as a premiere place for people to come and creating another attraction,” says Jakubeit.

Construction for all the water park won’t begin until 2018.  But before Trio Marine Group develops on land, it wants to improve the experience on the water.

Marina expansion will begin next year, which includes adding 30 slips and improving the docks.

It will also be building a restaurant and expanding the patio.